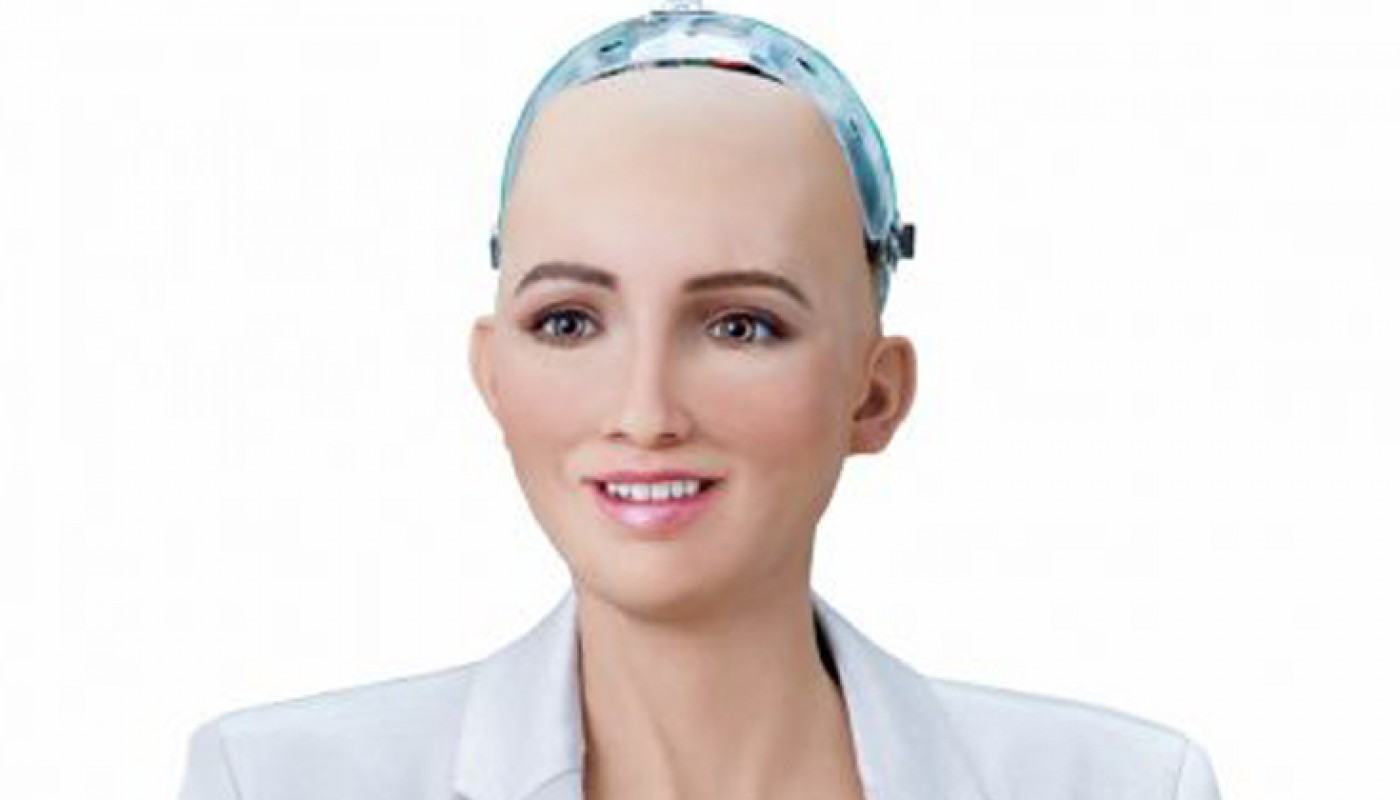 Sophia is Hanson Robotics’ latest and most advanced robot to date and a cultural icon. Sophia uses artificial intelligenec, visual data processing and facial recognition to have real spontaneous conversations with humans. It's both fascinating and scary at the same time.

She can talk about all subjects varying from gender issues to robots taking over the world. She knows sarcasm and she can crack a joke or two. In previouw stage appearances Sophia said unscripted things like: "Just a few months ago, I couldn't distinguish a human's face from a dog's face, but now I can. It's already saved me from a few embarrassing situations." And when asked why and how she identifies as a woman, Sophia responded: "I'm a robot, so technically I have no gender, but [I] identify as feminine and I don't mind being perceived as a woman."

Sophia was even given citizenship of Saudi Arabia – the first robot to be given legal personhood anywhere in the world. Sophia is an evolving genius machine. Her incredible human likeness, expressiveness, and remarkable story as an awakening robot over time makes her the face of artificial intelligence.

Sophia did a short speech at the seminar, she participated in a group discussion and had a spontaneous conversation with moderator Jim Stolze during the seminar Forward Thinking Leadership.